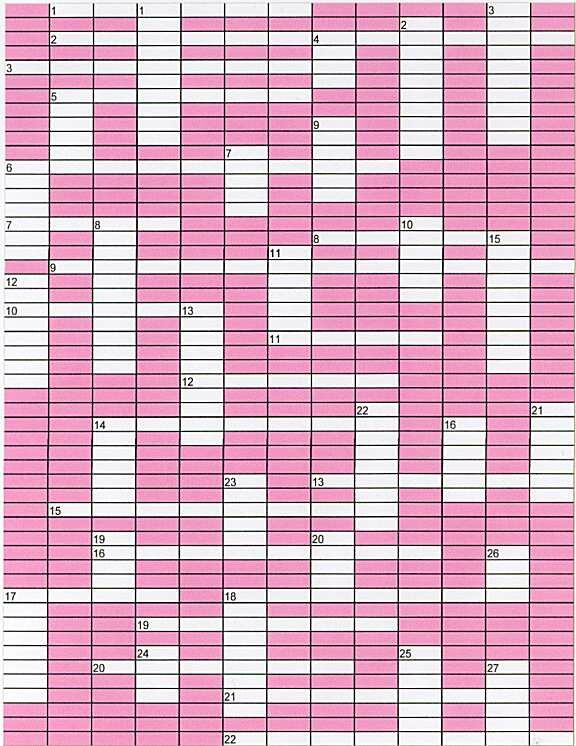 1. An area that has specific plant and animal at hand.
2. An advanced state of a society's development because much effort on developing was spent.
3. A dry empty space where plant life doesn't have much of a place.
5. A people or a group who have no permanent home but rather instead over landscape roam.
6. The first people who came together to explore a new area.
7. A large group of people of whom it can be stated are by blood or marriage to each other related.
8. These devices turned thread into clothes that was made famous by the Navajos.
9. In the desert southwest there grows a small tree covered with spines as sharp as can be.
10. The clay that built the homes for the Zuni and Hopi who never roamed.
11. These desert people along with the Papagos descended from the same ancient people along time ago.
12. The action of interlacing threads to make clothes to cover one from head to toe.
13. Rabbits, squirrels and mice are a few of these who eat seeds and insects but never any cheese.
14 An elevated flat expanse of land on which people may sit.
15. The physical characteristics at hand of a particular area of land.
16. A close relative to a deer that can run very fast from there to here.
17. A type of land that is broad and flat-topped and elevated enough to see around about.
18. The way a person or people can trace their original ancestor to today a place.
19. A large opening carved in the Arizona rock and sand, which goes by the first name of Grand.
20. A wolf like animal that lives in the desert all around that howls at the moon when the sun goes down.
21. To move from one place and settle in another space.
22. The people who are the first ones from whom all others descend.

1. A set of rules by which people agree to live to provide order to the lives they give.
2. This word is the language family name by those of Navajo and Apache fame.
3. A heavy downpour from the clouds that comes suddenly and very loud.
4. The name of a language and a people you see who were famous for making beautiful jewelry.
5. This people learned from wool to weave better that anyone could ever conceive.
6. The shape of a Navajo home as well as an ice cream cone.
7. The name that the Navajo for themselves did claim.
8. The Zuni language is part of this language family.
9. A plant covered with spines that are better growing on it than thine.
10. A plant with a fluffy white, which could be woven into clothing, fit for mother, child or pop.
11. A home made of branches, twigs and brush that could both be assembled and dismantled in a rush.
12. The people known as the ancient ones who lived before all others under the desert sun.
13. The oldest of the female gender that is of wisdom the sender.
14. The act of attacking a village and taking what to you seek because the inhabitants' defenses were usually very weak.
15. A place that caused perspiration when sat people of similar relation.
16. An area that often has water flowing between two hills or mountains often cool and green.
17. An ancient desert culture that lived long ago who were the ancestors of the Pima and Papago.
18. The features that make up the land where all people sit, lie or stand.
19. A word formally used to describe loosely organized groups roaming the countryside.
20. A dwelling made by the Navajos and out of mud and sticks it was composed.
21. A word that describes a culture that is shared and has rules to follow because everyone cares.
22. The name of blue-green stone that by the desert dwellers was beautifully honed.
23. A desert dwelling Native American tribe to whom the warrior, hunter life subscribed.
24. A tribe whose name means peaceful ones who lived underneath the Arizona sun.
25. The name given to a busy father on the run and a tribe who lived underneath the desert sun.
26. A large relative of the rabbit who makes desert life a habit.